Escape With These Summer Beach Reads! 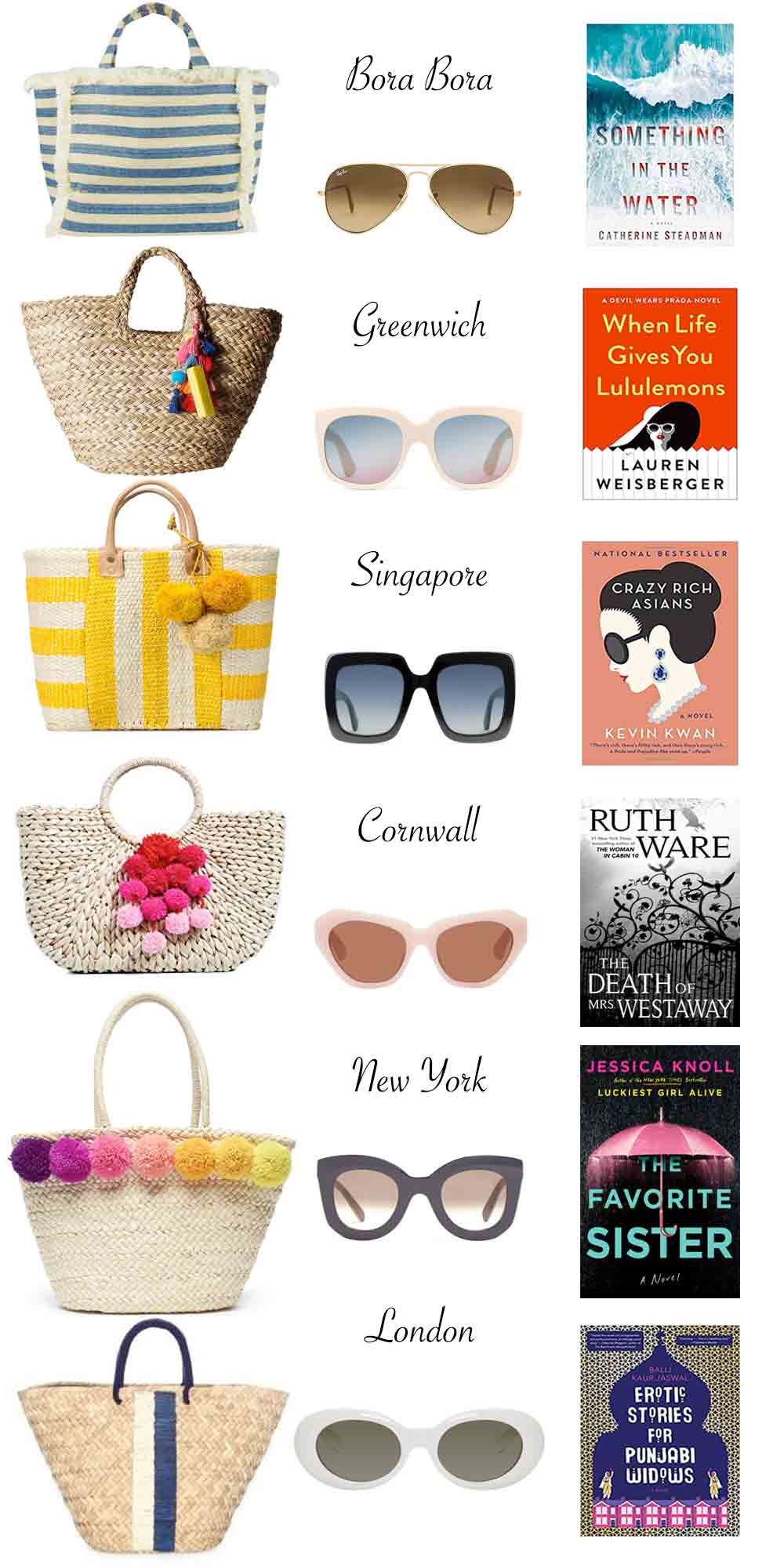 Whether I’m unwinding on the patio or relaxing at the beach, summer hasn’t officially arrived until I’ve dug into a page-turning beach read! If you’re headed on a vacation, or just hanging poolside, I’ve pulled together a few beach read ideas that will be your perfect escape this summer!

I just finished this book and it definitely made me want to visit Singapore. It’s fun, indulgent, and since the movie is coming to the big screen in August, it’s the perfect time to read the book before it hits the theaters! P.S. It’s a trilogy, so when you finish this one you’ll have two more fun books to read (China Rich Girlfriend and Rich People Problems).

NPR says: “This world of absurdly over-the-top wealth is the playground of the characters in Kevin Kwan’s breathless, high-speed romp through the lives of a group of mega rich Asians. They’re gathering in Singapore for the star-studded wedding of the two members of their set. The novel is built on an intricate web of shopping expeditions and gossipy lunches hosted by scheming ladies with boundless amounts of time and money. They’re aflutter at the return to Singapore from New York of the super eligible, Oxford-educated Nicholas Young, heir to a massive fortune that symbolizes old South-East Asian money.”

The Death of Mrs. Westaway

The latest book by Ruth Ware. If you were a fan of The Woman in Cabin 10, In a Dark, Dark Wood, or the Lying Game, then I’m sure this will be on your list. I just started this one and I’m already deep into it.

The Washington Post says: “The Death of Mrs. Westaway” is superb. In addition to its brooding atmosphere and labyrinthine mistaken-identity plot, the novel also gives us a heroine of real depth in Hal…I predict lovers of first-class suspense will also want to burrow into their version of Hal’s darkened chamber, shut out the delights of summer and read until the stunning endgame here is played out.

Something in the Water

Reese says; “I’m excited to bring y’all June’s pick because #summer and #beachreads! Something In The Water by Catherine Steadman is a psychological thriller that captivated me from page one. While scuba diving on their honeymoon in Bora Bora, newlyweds Mark and Erin make a shocking discovery. What unfolds from there makes for a wild, page-turning ride! It’s the perfect beach read!”

When Life Gives you Lululemons

If you were a fan of The Devil Wears Prada then you’ll probably want to give this one a once over as Emily reprises her role as an image consultant in the Connecticut suburbs.

Harpers Bazaar says: “Emily trades in the city for Greenwich, Connecticut, where she takes on A-list client Karolina Hartwell, a supermodel and senator’s wife trying to repair her image after a DUI. They’re linked together by Miriam, formerly a partner at a prestigious law firm who’s now struggling to transition into her new life as a stay-at-home mom.”

A reality TV show + rich, back-stabbing women = pure (albeit trashy) entertainment! What more could you want in your beach bag?

Marie Claire says: “The novel—a whodunnit that centers on five 20- and 30-something women who star on a fictional reality TV show, Goal Diggers, until one of them winds up dead—looks at first to be standard popcorn chick-lit. And if that’s what you want to toss in your beach bag, you will not be disappointed. But appearances can be deceiving, and Favorite Sister smartly sneaks a lot of cutting cultural criticism between its covers.”


This is another Reese Witherspoon book club pick and is next up on my summer reading list.

The Irish Times says: “Nikki, a British-Indian woman, has bypassed the tradition of arranged marriage, with its life of restrictions, and is excited about her new role as a creative-writing teacher at a Punjabi temple. The class is made up of widows of all ages; most of them are barely literate, having managed to isolate themselves in their Indian community for decades. When the women begin to relax they reveal their frustrations and fantasies in a most unusual way. This humorous novel explores the realities of cross-cultural life in Britain. East meets West in this delightful, spicy read.”

What are you reading this summer? I’d love to hear!