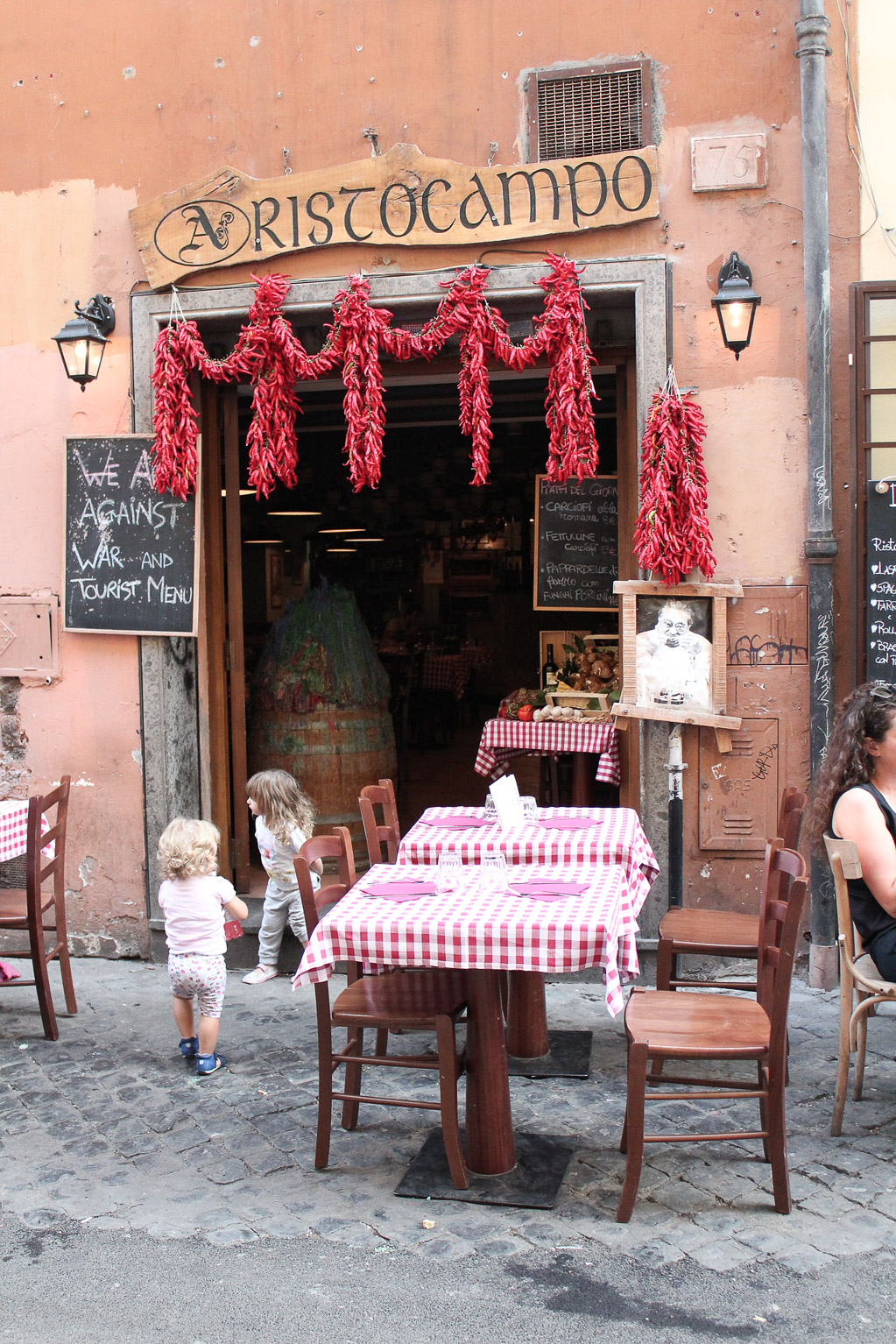 In my opinion, Rome is the absolute best city for a bucket list because there are so many sights to see, foods to try, and cultural experiences to enjoy. I’ve laid out my eat-see-do list for Rome, but I’d love to hear what you would add in the comments below!

Marvel at the architecture of the Pantheon – Built over 2,000 years ago, the Pantheon is one of the best preserved ancient Roman buildings and is the largest unreinforced concrete dome built to this day.

Make a visit to Vatican City – Vatican City is the smallest country in the world with a population of 1,000 residents (1/8 the size of Central Park). The Vatican issues their own passports, license plates, stamps and even mints their own euros. The Vatican museums stretch over 9 miles long and hold one of the largest collections of art in the world. If you spent 1 minute admiring every painting in this city, it would take you 4 years to view it all!

Toss a coin in the Trevi Fountain – The Trevi fountain is Rome’s largest and probably most well-known fountain in Italy. Legend says that throwing one coin into the fountain will ensure a return trip to the eternal city, two coins will help you find love, and three coins will help put a wedding ring on your finger. The coins tossed into the fountain are donated to a charity that serves families throughout Rome.

*Traveling Chic Tip – Get up early (before the crowds) for the best photo opportunities.

Speed through Rome on a Vespa – Join a vespa tour throughout the city to see an entire days worth of sites and experience Rome like an Italian in just a few hours! 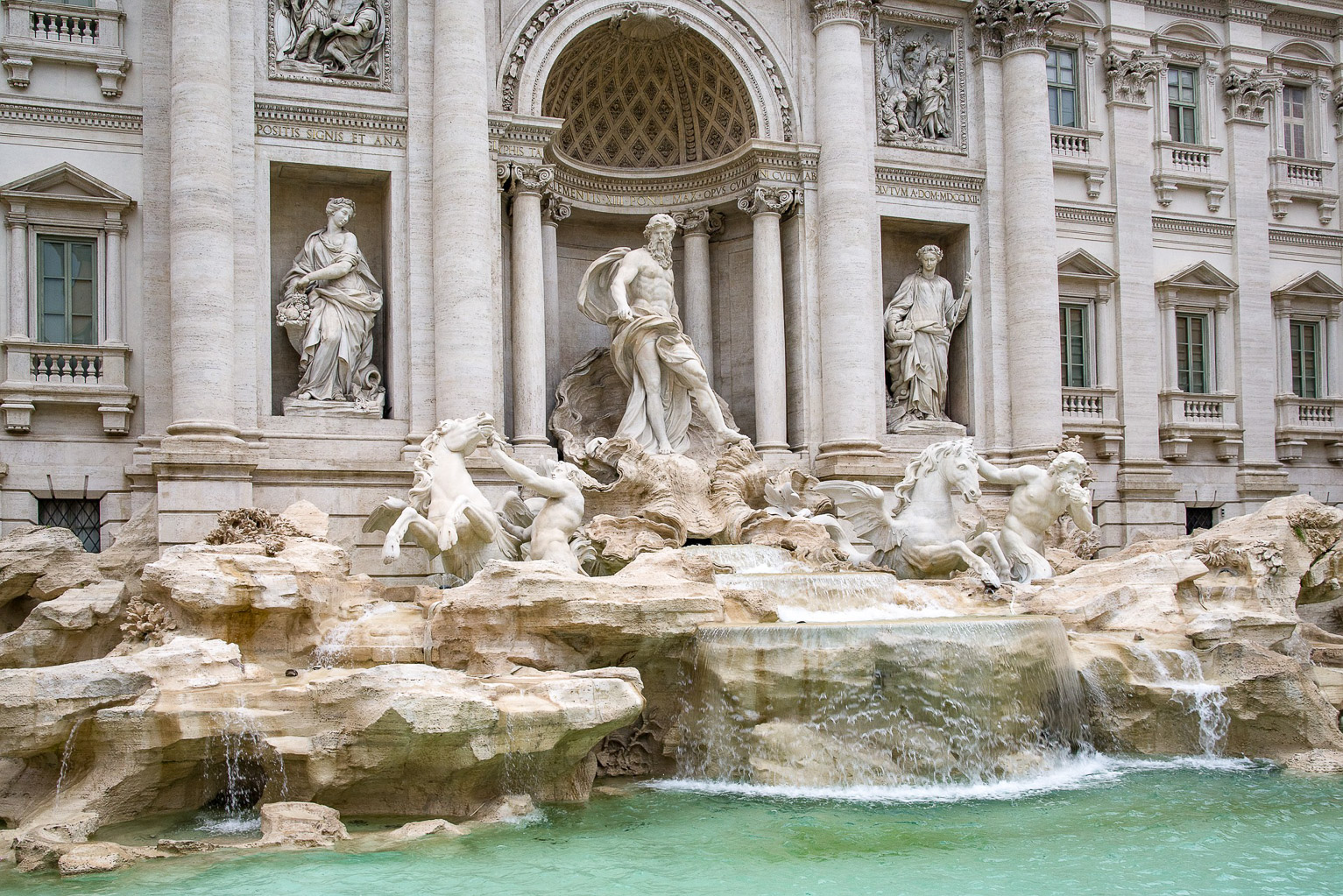 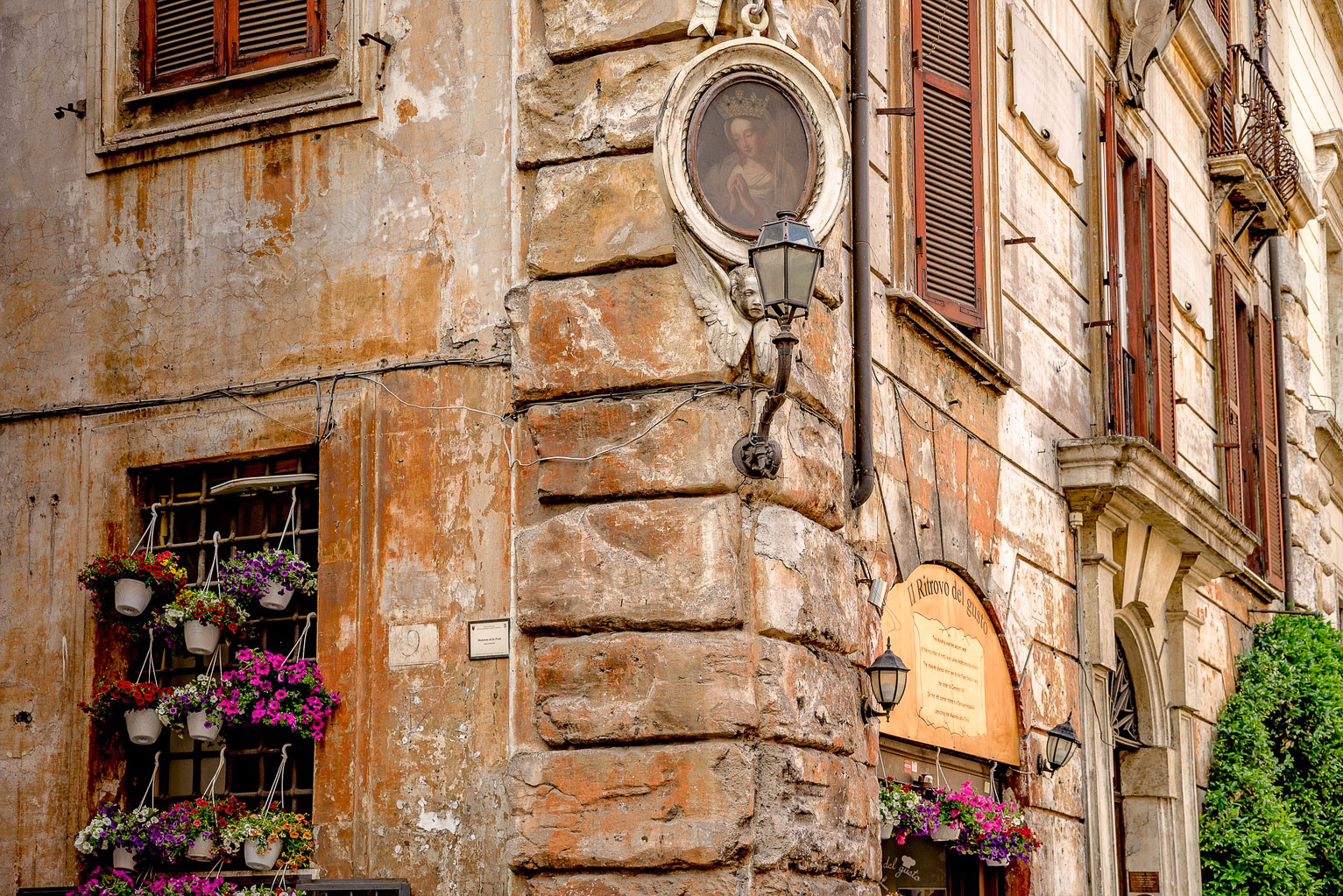 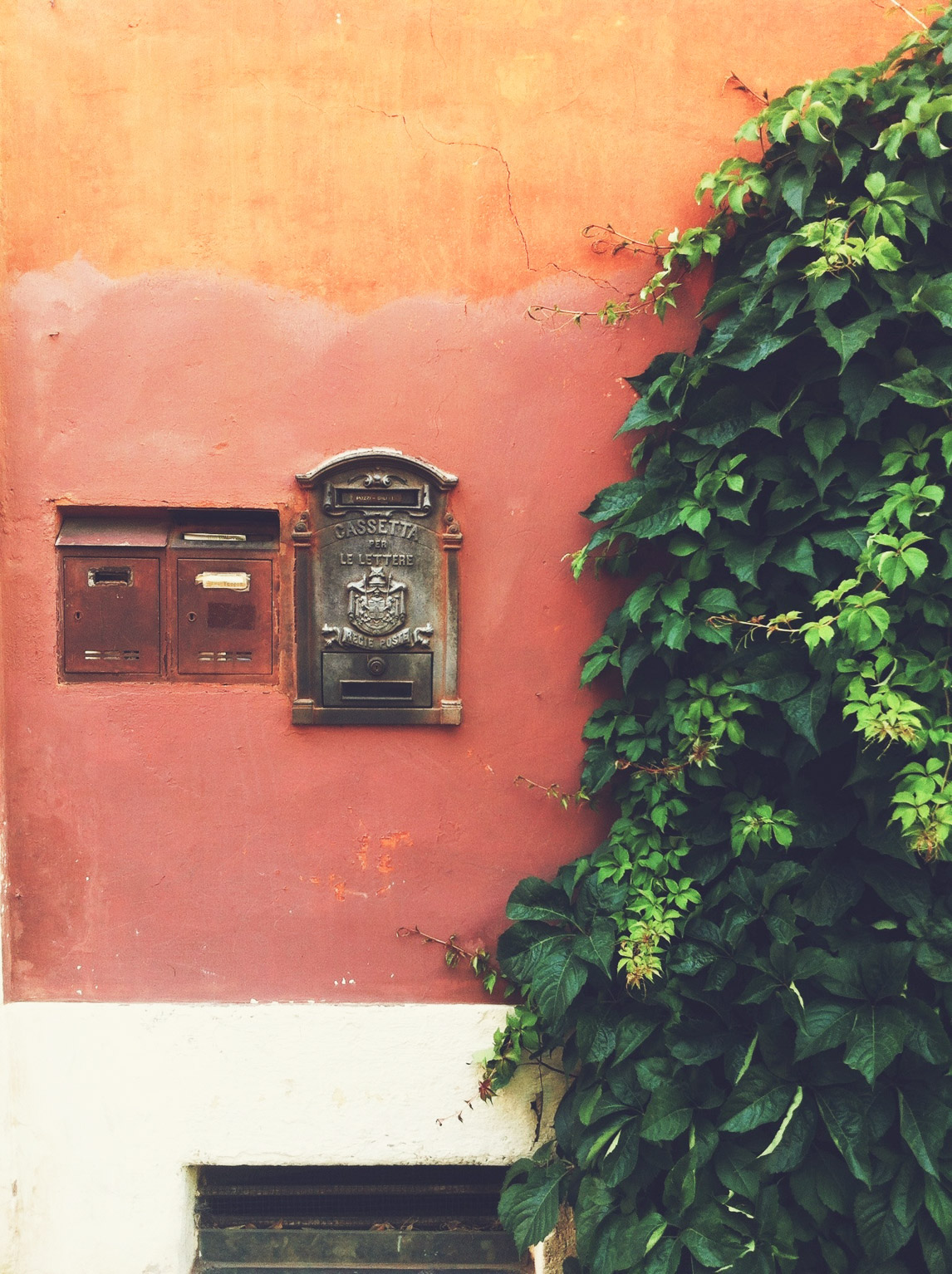 People watch at the Spanish Steps – A perfect meeting place or spot to rest your feet and people watch.

“Roam” through Piazza Navona – Arguably the most beautiful square in Rome due to its elegant fountains, grand sculptures, and colorful paintings by street artists. Although touristy, it’s worth enjoying a dinner or glass of wine in this square to take in all of its glory.

Take refuge at Villa Borghese – The largest public park in Rome and the perfect place to escape the bustling city for a few hours. Whether you want to view the art in several museums or sit outside among the natural beauty, it’s the perfect break from a long day of sightseeing.

Marvel at Michaelangelo’s Masterpiece –  Michaelangelo was already a famous sculptor and artist when commissioned by the Pope to paint frescos on the ceiling of the Sistine Chapel. He was paid 3,000 ducats which at the time was an crazy amount of money to complete the project, but most would say it was worth every penny today. 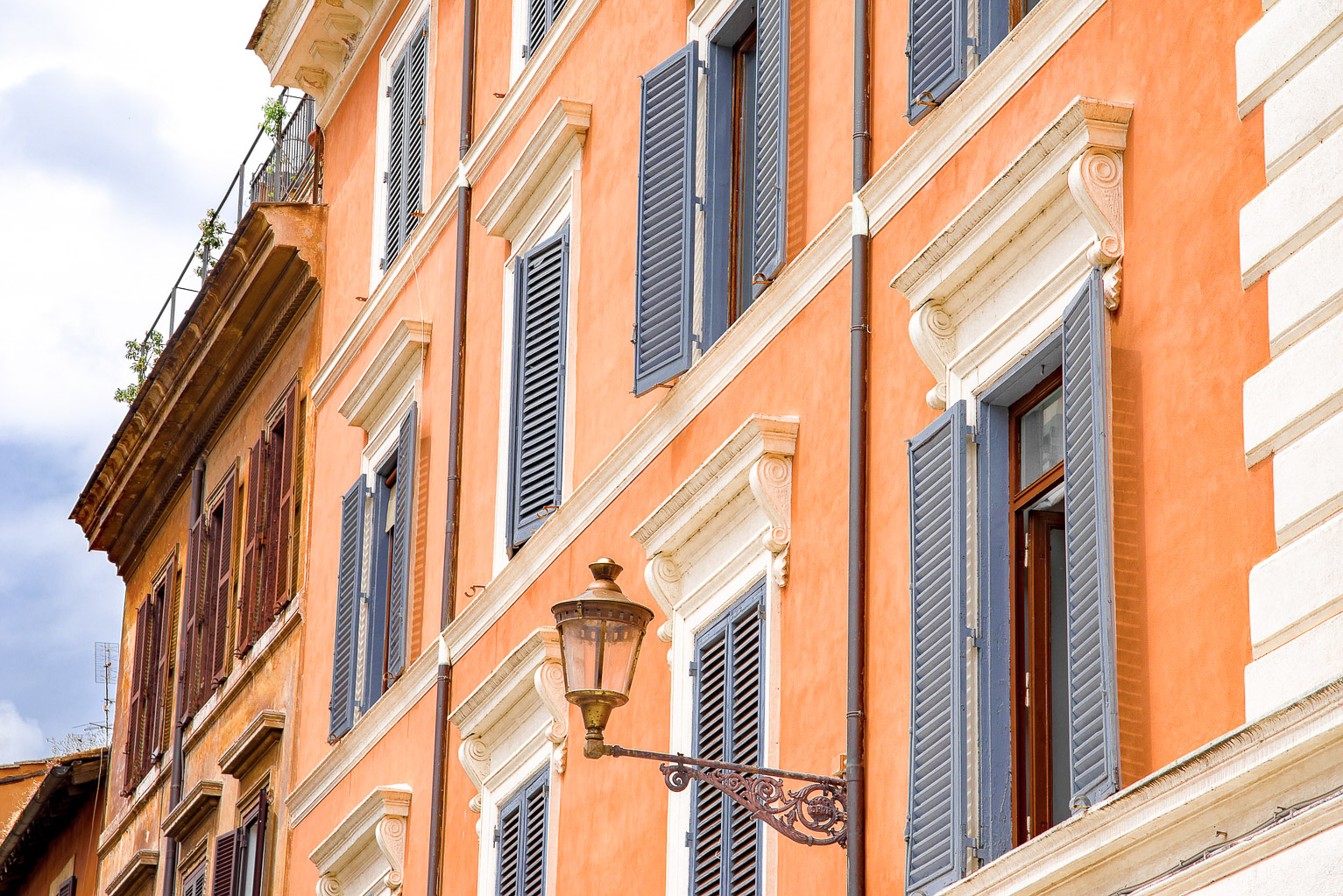 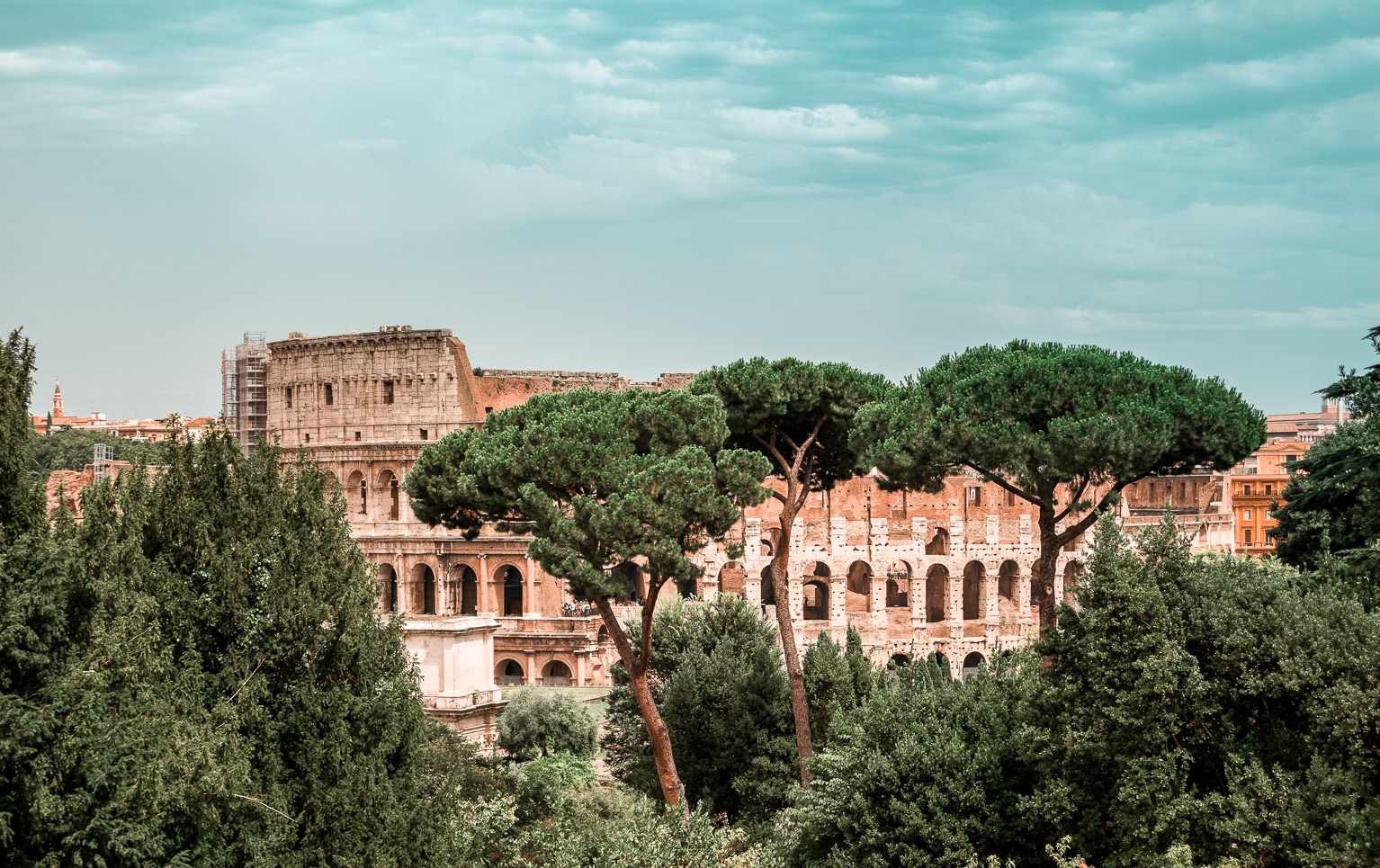 Things To Eat And Drink

Sip a cappuccino at a cafe – Enjoy the Italian way of life at a cafe in Rome. I’m told you should never order a cappuccino after 11am, so if it’s later in the day why not try a shot of espresso instead?!

Taste-test the best gelato in Rome – There is never too much gelato when it comes to Italy. Make it a point to find the best place in the city!

Order Cacio e pepe at a restaurant – An old peasant dish made of spaghetti, pecorino cheese, and black pepper. This simple pasta dish is my favorite thing to eat in Rome.

Looking or more on Rome? Check out the Perfect Itinerary for First-Timers ! 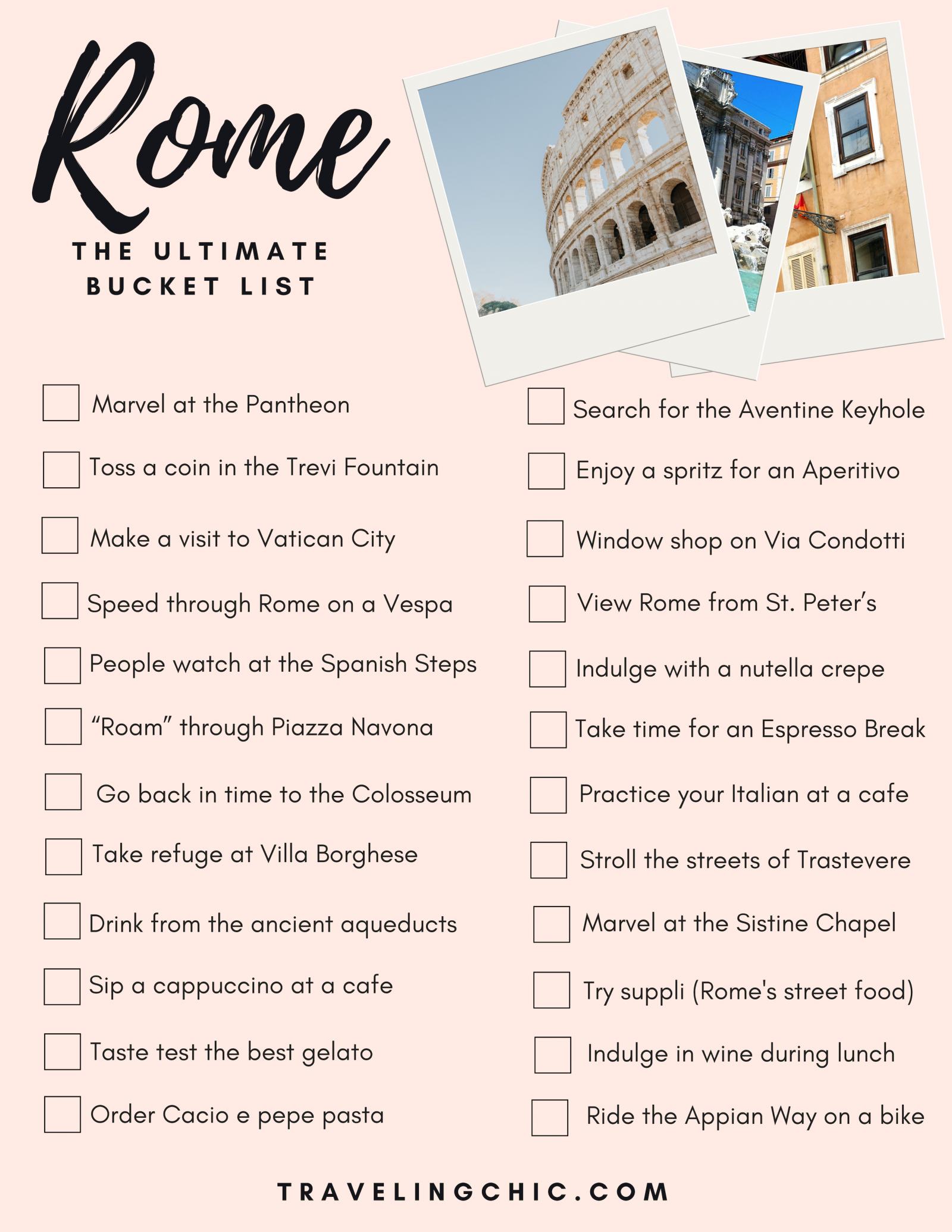